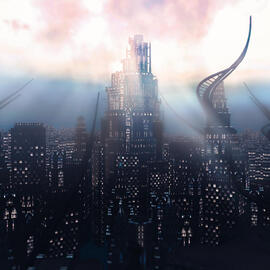 <<Scion>> of Light and Dark

<<scion>> is a roleplay based Free Company located on Ultros! We strive to create an environment that fosters creative, collaborative interactions and give our members, friends, and guests a place to explore their characters and get involved in various plot lines. We are open to both original characters and FFXIV based NPCs.We allow long and short form style roleplay in our FC chat, linkshells, in-game spaces, and discord community. Whatever your style, speed, and engagement is, it is welcome here.Interested? Get in touch!

This page is for current FC-wide main plotlines, to help new and current members get acclimated with ongoing plots. Adhering to these plotlines is not a requirement, but participation is encouraged!

The worldstate we have been playing in as a Free Company for the Scions is relatively canon compliant, and flexible to suit both player ideas and stories, as well as adapt to updated information that we get from the canon with each patch. More specific details on where players of NPCs have diverged from canon can be found in the descriptions for certain NPCs on our characters page.The most prominent difference is that we try to keep the role of Warrior of Light relatively loose, in that generally the Scions recognize the Warriors of Light, multiple, as a collection of heroes they can call upon as needed.

Presently, in the worldstate we've been playing in as a Free Company, there exists a complex and currently living incarnation of Elidibus. Following his defeat on the First and subsequent entrapment in the Crystal Tower, the dreaming soul of Elidibus lying within unconsciously tapped into the same abilities he'd used before to emerge from the heart of Zodiark, once again caught up in the fervent desire to help his people. A humanoid primal was created using some of the extensive amount of energy stored in the Tower, and, with it, were conjured shades of each Convocation member, from the memory crystals Elidibus had been entrusted with. His memories fragmented due to the real Elidibus' defeated and slumbering state, the primal set forth to find the scattered shades and, in some cases, remaining sundered versions, of each of the Convocation, that together they might fulfill his dream to bring back the world he loved so dearly. The world his beloved Azem, Apollo, had loved so dearly.The efforts were slow going, with the primal Elidibus' mind and memories fluctuating, he was too unstable to make any significant progress. Offered aid by a loyal underling, the shade of Emet-Selch kept a close eye on the erratic being, trying to mitigate the risk of being found out by the wider world, since the Scions now thought them all defeated. During this time, too, it was discerned that all of the summoned shades were possessed of souls, all of them all the while unaware they were little more than copies of their true selves.[Endwalker spoilers ahead]
When the Warrior of Light woke the slumbering soul of Elidibus within the Tower to inquire about Elpis, Elidibus came to realize what he had done. Using every last bit of himself left within the Tower, Elidibus willed what was left of his soul instead be taken with the Warrior of Light, unknowingly, back to the Source, so he could place himself within the rogue primal. He hoped to be able to make right the now wayward lives his creations found themselves in, and sought for himself an opportunity to finally live a life among the peers he missed so dearly.

prompts and ideas for interactions

Information for
Current Members and Guests

Our FC estate is located at Empyreum Ward 3, plot 2. Members are free to use any of the facilities on site and furnish their own rooms. Guests are welcome to explore all of the public spaces and hang out!The Free Company chest is a shared space, with all unlocked pages and their contents available for all members. Spare materials, dyes, minions, mounts, and gear can be placed in and taken out as needed. The second page is designated for airship/submarine materials.